Home   /   News   /   General satisfaction in the Baltimore and Washington, DC areas on the decline

General satisfaction in the Baltimore and Washington, DC areas on the decline

Since 2013, Baltimore and DC area residents’ overall satisfaction with the “way things are going” in the their area has sharply declined. However, it appears there is not one main regional issue to contend with. Instead, their perceptions of the biggest problems facing their area vary by where they live. In the District, education and the high cost of housing top the list, while in the Northern Virginia suburbs it’s traffic. Residents of the Maryland suburbs of DC most often list crime as the biggest issue. The Baltimore area, on the other hand, is not as divided—regardless of where residents live in this area, crime outweighs all other issues. 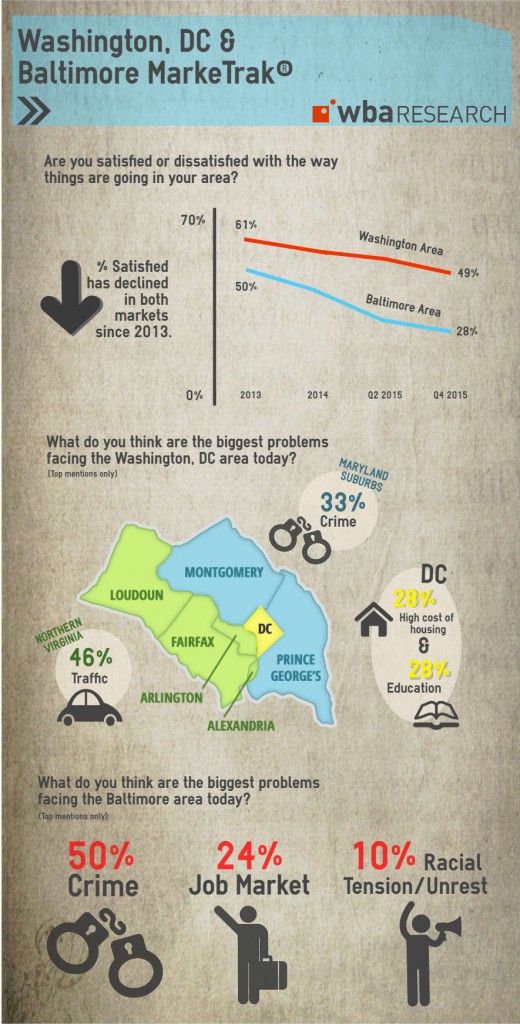